“Myth: Cancer is a death sentence. Fact: One of the most important messages for the public is that cancer can be cured when detected early and treated effectively. It should not be viewed as a death sentence,” reads a post on Uganda Cancer Institute (UCI)’s Facebook page.

Yes. While cancer mortality rate remains high in Uganda, and with data at UCI indicating 22,000 deaths out of the 25,000 incident cancer cases occurring in Uganda annually, it should not mean that whoever contracts the disease is definitely destined to die.

We have cancer warriors who have beaten cancer hands down. Statistics from UCI reveal that Uganda’s cancer survival rate is at 20 per cent.

Although still the lowest in the world, this survival rate should cast a ray of hope that the fight against cancer is sometimes winnable. But it is important to note that it takes a number of factors to win the battle.

Regular screening, timely and effective treatment are a must-have.
Adherence to the above saw Josephine (not real names) become a figure of those who constitute the 20 per cent survival rate in Uganda after beating the silent killer hands down in 2017.

The 20-year-old resident of Nyendo, a Masaka City suburb, who survived bone cancer, says: “My successful battle, according to doctors, was centred on early screening, timely and effective treatment.”

Josephine notes that when she experienced bone pains in 2016, her mother got herbal medicine.

“She suspected I had syphilis, but the situation got worse,” she says.
Consequently, her mother consulted her cousin, who had just lost a daughter to cancer.

“My mother’s cousin, whose experience of nursing her daughter while battling eye cancer, made him a cancer awareness activist. He advised we seek conventional interventions,” Josephine shares.

“Without hesitation, my mother took me to Villa Maria Hospital, where they suspected it was cancer and referred me to UCI in Mulago, Kampala, for a comprehensive diagnosis,” she adds.

The results, she says, were in affirmative of what doctors at Villa Maria Hospital and her mother’s cousin had suspected. She had cancer.

While this was overly distressing, Josephine says it was soothing when she was told she was lucky they had detected the disease in its early stages.

Early stage detection meant high chances of getting cured, if she got treatment in time and consistently.

Josephine started radiotherapy at UCI.  But sadly, the machine broke down barely after one round of treatment. However, the good news of the Aga Khan University Hospital, Nairobi, Kenya offering free treatment to 400 cancer patients from Uganda, partly redeemed her hope.  She was among the few cancer patients who were selected to go for treatment in Kenya in April 2016.

“My mother thought the selection of the 400 was not going to be easy, but by what she calls luck, although the experts called it medical, I went to Kenya twice for the remaining rounds,” she reminisces. 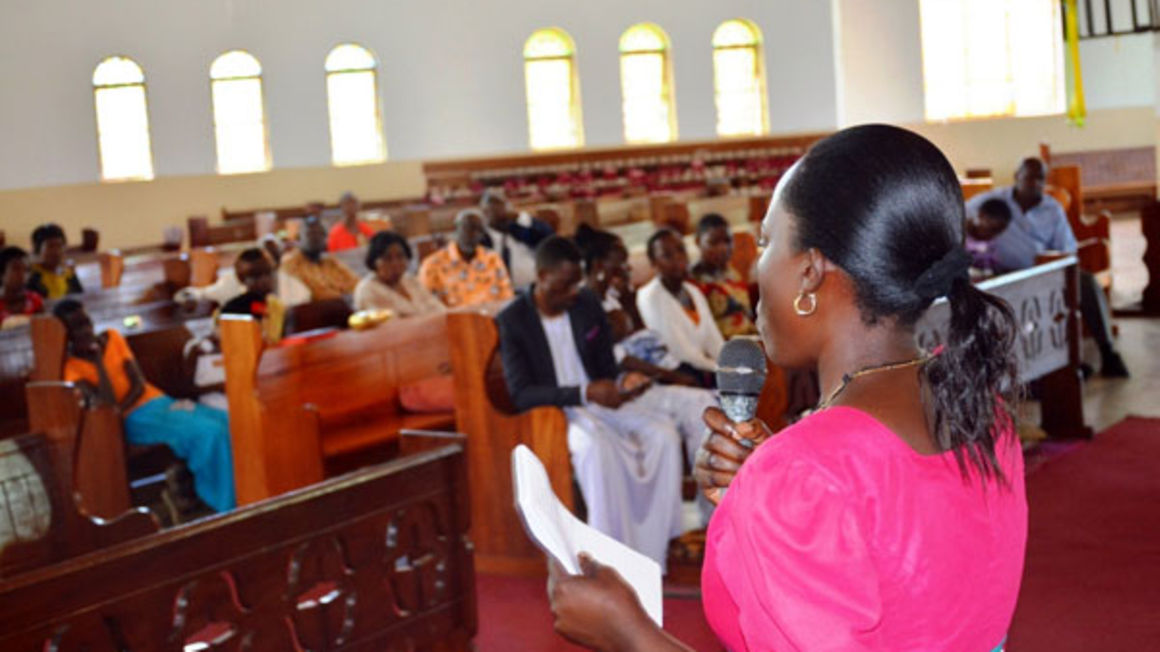 A health worker from Kitovu Mobile, a medical and community empowerment organisation, speaks to Christians at St Paul’s Cathedral Kako in Masaka, during a church service on November 10, 2019. Experts say taking awareness campaigns to such gatherings can help to demystify cancer, leading to early diagnosis and treatment. PHOTO/ DAILY MONITOR

Experts note that to increase survival rates and make cancer a no death sentence in Uganda, there is need to address challenges of  late diagnosis, poor understanding of the disease and inadequate health infrastructure, including human resources.

“Knowing that early detection saves lives, there is need to have massive awareness as cancer remains a mystery,” notes Dr Ritah Nabulya, the medical services manager at Kitovu Mobile, a medical and community empowerment organisation that offers palliative care to advanced cancer patients in Masaka Sub-region.

“There is need to increase awareness campaigns about cancer to promote early diagnosis and screening. This will lead to recognition of possible warning signs of cancer and take prompt action leading to early diagnosis,” Dr Nabulya advises.

According to the World Health Organisation (WHO), increased awareness of possible warning signs of cancer, among physicians, nurses and other health care providers, as well as among the general public, can have a great impact on the disease.

Some early signs of cancer include lumps, sores that fail to heal, abnormal bleeding, persistent indigestion, and chronic hoarseness.

Dr Nabulya notes that ignorance about cancer is another cancer that needs to be fought.

“Many signs manifest among many people and they instead treat them as witchcraft, seeking treatment from witchdoctors,” she says.

Mr Moses Muwulya, who lost a daughter to eye cancer, confesses having sought medical intervention when the disease had progressed.

“Elite as I am, I sought treatment from witchdoctors, herbalists and “fake pastors” and many people have also testified to this,” Mr Muwulya, who has since waged war against cancer ignorance, notes, regrettably.

He says there is need to embark on massive awareness campaigns to alleviate the ignorance and myth that people have about cancer.
“Many people only seek conventional treatment when the disease has progressed to terminal stage, where one just needs palliative care to relieve them of pain,” he adds.
But there comes another question. When desire for screening is induced, where are cancer screening centres? Do they have health supplies and human resource to do the work?

Let us assume centres are dispersed in different regions. People are screened early. Will treatment start in time and effectively? With regular breakdown of machines, is it possible to survive?

Like Josephine explains in her story, she completed her treatment in Kenya, after the machine broke down in Uganda. The question here is, had Kenya not offered treatment to Ugandan patients, what would have been her fate?

Without addressing such issues, cancer might remain a death sentence in Uganda and the reverse would be true too.

Understanding The stages of cancer
What it is: Cancer stage refers to the extent of one’s cancer, such as how large the tumour is, and if it has spread.
Experts can use a number of ways to stage cancers; and ably determine the mode of treatment and survival chances, but whatever the method, the doctors will arrive to one of the below stages.

Stage 0: Abnormal cells are present, but have not spread to nearby tissue, also called carcinoma in situ, or CIS. CIS is not cancer, but it may become cancer.
Stage I, Stage II, and Stage III: Cancer is present. The higher the number, the larger the cancer tumour and the more it has spread into nearby tissues.
Stage IV: The cancer has spread to distant parts of the body.
Source: National Cancer Institute